In an age when new businesses appear and disappear seemingly overnight.

Where every other person you know is busy starting, owning or closing down an Amazon store.

Branding and Positioning are two factors your business must possess, or it will soon perish in the collective memory of our product-bloated society. It is a way to fix your company, your product, or you in the minds of consumers, whether you sell physical products, digital products or your own celebrity.

While both Branding and Positioning are inextricably linked, they are not one in the same.

But they are each vital.

As a new brand you are an unknown in the minds of customers.

They may know your competitors and they may know the type of products you sell — but they don’t know you, and they won’t know or remember you without proper Branding and Positioning.

With the above we have a comparison, but it won’t stick. To do that it needs its own identity.

To position it in their mind so as to give it it’s own identity our answer goes like this:

Now we have a comparison of an unknown to a known, but we also have a distinguishing aspect that separates the two and affixes the taste of squid firmly in the person’s mind.

Examples of this in the real world are all around us:

Southwest isn’t an airline, it’s the no-frills, low-cost Airline. It’s the airline with the comedic flight stewardesses, where you know you won’t get much but that’s okay because you won’t pay much either and that’s what you want.

What’s Windows? The company that does more but requires a higher understanding in order to use it.

Each has its own public they serve who know them by very specific qualities. Positioning can be done many ways. In the above example Apple and Windows each occupy two different sections of an overall spectrum, neither better or worse than the other really, just different in their own unique ways.

But what about positioning by superiority as on a ladder?

What’s Pepsi? The alternative to Coke. You’ll almost never see the two sold together unless you’re somewhere that sells everything. If they’re together Coke will almost always be picked.

Pepsi isn’t a different soda like Sprite or Dr. Pepper. It’s a direct competitor to Coke and therefore occupies the lower step of the product ladder.

What’s below that? I don’t know, maybe RC cola. But not sprite or Dr. Pepper. They’re positioned to the left and right. Sprite is a citrus soda, it competes with Mountain Dew and Squirt.

Dr. Pepper is more a product of its own and so positioned to the side.

MAKING IT AS A BRAND

To make it into the game and stay there, one must be branded as a specific thing and positioned in relation to other products in order to be remembered. If it isn’t, no business will last.

That’s what we determine as part of our research and strategy when we take you on.

Your overall message determines your brand. It is what delineates you from the rest, the qualities that make up who you or your Brand are as opposed to other brands or individuals.

It is also what your are known for in regards to quality and value. Are you high-end or for lower middle class, posh with gorgeous packaging or obviously lower-priced and so what a lower income family is looking for.

So many things go into this, from the overall theme and message of your brand, to how you communicate in your content, copy and ads. When visitors leave comments on the site we collect the data shown in the comments form, and also the visitor’s IP address and browser user agent string to help spam detection.

If you leave a comment on our site you may opt-in to saving your name, email address and website in cookies. These are for your convenience so that you do not have to fill in your details again when you leave another comment. These cookies will last for one year.

If you edit or publish an article, an additional cookie will be saved in your browser. This cookie includes no personal data and simply indicates the post ID of the article you just edited. It expires after 1 day.

HOW LONG WE RETAIN YOUR DATA

If you leave a comment, the comment and its metadata are retained indefinitely. This is so we can recognize and approve any follow-up comments automatically instead of holding them in a moderation queue.

WHAT RIGHTS YOU HAVE OVER YOUR DATA

WHERE WE SEND YOUR DATA

Visitor comments may be checked through an automated spam detection service.

HOW WE PROTECT YOUR DATA

WHAT DATA BREACH PROCEDURES WE HAVE IN PLACE

WHAT THIRD PARTIES WE RECEIVE DATA FROM

Necessary Always Enabled
Necessary cookies are absolutely essential for the website to function properly. This category only includes cookies that ensures basic functionalities and security features of the website. These cookies do not store any personal information.
Non-necessary
Any cookies that may not be particularly necessary for the website to function and is used specifically to collect user personal data via analytics, ads, other embedded contents are termed as non-necessary cookies. It is mandatory to procure user consent prior to running these cookies on your website.
SAVE & ACCEPT 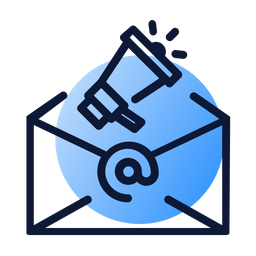 You have Successfully Subscribed!

Note: Your personal information will not be sold or shared outside of AGM Marketing. It will exclusively be used to provide you with more helpful information about the world of marketing on digital platforms.

Fill in your details and we’ll get back to you in no time.